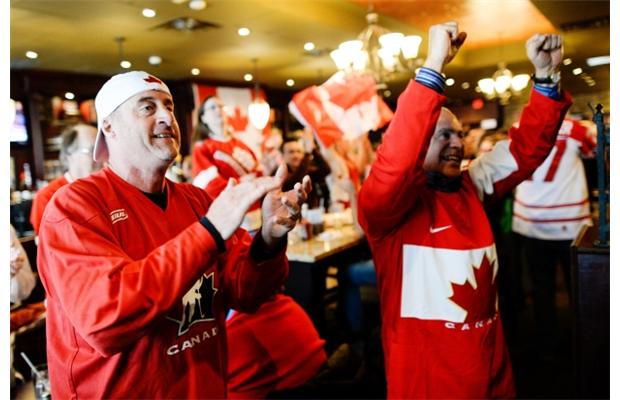 How to Get an Olympic Sized Culture

As I rolled myself out of bed at 4am on a Sunday to head to my local Original Joe’s to watch the Olympic Men’s Gold Medal game I couldn’t help but wonder “Why is it that millions of people across the country will enthusiastically get of bed so early on a day off for hockey when most employees would rather be anywhere else BUT work on Monday morning even though they’re paid to do it?”

So what differentiates businesses with high employee engagement from the rest of the pack?

If we use Jim Collins’ Good to Great concepts and compare it to the Men’s Olympic Hockey scenario the similarities are really quite fascinating.  In Collins’ research he found that companies who transformed from Good to Great had a compelling Vision, or Culture, that differentiated them from their competitors who failed to do so.   Breaking it down further, transformational visions contain three elements; Big Hairy Audacious Goal (BHAG), Core Values, and Core Purpose.

A good BHAG is a long term, inspired future state that is clearly measurable and, if done properly, unites all employees on a determined mission.  The compelling link to the Olympic Hockey scenario is how incredibly unified our country becomes during this time with a shared mission of wanting our athletes to succeed and for our country to ascend the ladder of the medal standings.  It’s audacious and measurable.

Meaningful Core Values are defined as a small set of behaviours that are so fundamentally part of a company’s foundation that employees would be fired on the spot for violating them.  They guide behaviour and decision making while aligning people with the essence of their beliefs.  Values are never more obvious than during the Olympics.  We rally around the very essence of what makes us uniquely Canadian.

Finally, Core Purpose is the inspirational definition of “why” a company exists that goes much deeper than simply making money and valued products or services.  The “why” creates ownership-like pride in peoples’ work and inspires transformational behaviours.  The “why” is precisely the thing that gets millions of people out of bed at 4am on a day off because a deep sense of pride compels us to do so.

I’m not so naïve as to think the Olympics are exactly the same as building company culture, and I acknowledge the challenges to building one, but the implications are game changing.  Leaders who recognize that culture is a competitive advantage that can be deliberately built will also be the leaders of companies that continue to gobble up market share and attract top talent in the marketplace.

How would your people evaluate your culture and what are you doing to make it world class?

*info from poll conducted by gallup.com

**pictures from facebook.com and canada.com