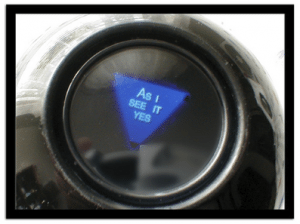 Consensus Versus Being Decisive – When to Do Which

The Sergeant who took me under his wing when I was a wet-behind the ears second lieutenant once told me that the worst way to be a leader was to wait for perfect information or perfect certainty before committing to a course of action. This, he espoused, created fear, uncertainty and doubt in a world where perfect information and certainty were impossible. He asserted it was better to make the wrong decision (and own it) than to make no decision. To play to win instead of playing not to lose.

In retrospect it was the right advice at the right time in my career. A large part of an leader’s job is making decisions, hopefully the right ones, and fixing things when they do go off the rails.

Today in my role at RESULTS.com I see business leaders break down into two camps:

One camp seems to believe (and I only exaggerate a little the most egregious examples I’ve seen) that every bit of drama, detail, or personal grievance needs be aired in public in the effort to reach consensus.

They believe there is one magical answer to every problem that can be found, and everybody can agree to, if only we search for it long enough and try hard enough. And we’ll keep talking about it, day after day and month after month, gosh-darn it, until we find it (or go out of business).

Consensus is the enemy of commitment.

They’re wrong. Consensus is the enemy of commitment, and drama is enemy of passionate, solution-focused debate. Your team needs to know and trust each other well enough to have a passionate debate, and they need to have the courage to avoid the trap of artificial harmony.

Everybody needs a chance to speak, but not everybody has to agree.  You do this by setting the example and encouraging passionate debate.  This is difficult for a leader whose habit is to make sure everybody agrees with everybody else all the time, but it’s the necessary shift to drive effective business execution.

Your role as a leader is to allow a space for trust to grow. You do this by not tolerating bullies – emotional, verbal, or otherwise. Bullies are cancerous to any organization and must be suppressed at every opportunity.

Make sure everyone feels heard.

In the other camp, there are leaders who believe their job is to know everything and make every decision themselves.

They want to drive the decision to closure and avoid over-analysis (a good thing), but they do it by making all the decisions by themselves (not such a good thing).  Business execution suffers, because people are less likely to “buy in” when they feel like their opinions are not being heard.

The remedy for the leader in this case is to make sure everybody feels heard during the debate. This gives everyone something precious and valuable: clarity.

What needs to be done?  Why we are doing it?  What are the risks?  What are the best and worst case scenarios? These things provide the clarity you need to make the best possible decision given what we know at the time. Stay focused on strategy, problems, and solutions. Not drama and details.

When everyone feels heard your job as the leader is still to make the decision.  Your people are far more likely to make an honest effort to see it successfully supported and executed – even if they initially argued passionately against it (as they should – if everybody agrees with each other all the time then somebody’s redundant). That defines professionalism.

Your path to Business Execution success: