Amber Mac is a writer, podcaster, entrepreneur and digital maverick whose 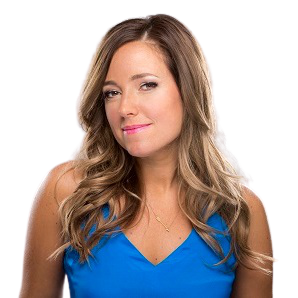 understanding of disruptive technologies helps companies anticipate lightning-quick changes as they come—from Artificial Intelligence, to social media, to Amazon-era retail. Mac asks, “if it’s so easy to disrupt, the question we need to ask ourselves is why isn’t everyone doing it?” No matter how confident and established the company, everyone needs a blueprint—and Mac’s talks provide you with just that.

Disruption means to interrupt the normal course of things, and Amber Mac is especially fluent in the art of disruptive strategies. Mac started her career in San Francisco and Boston during the dot-com boom in the late 1990s. What others thought was a trend, she recognized as an explosion. As a strategist for Razorfish and Director of Marketing for an e-procurement software company, she spent four years in the technology start-up trenches. Mac eventually left the start-up world to join Microsoft to build one of the first female-focused lifestyle portals. Then, she launched her own digital media agency. The company’s first client was world-renowned business coach Tony Robbins. Since then, her client list also includes Microsoft, Intel, Shopify, Ford, Nintendo, GE, Fast Company, PayPal, Scotiabank, and many more leading organizations.

An insatiable media adopter, Mac is currently host of the top-rated (and award-winning) podcast, The AI Effect, now in its second season. The AI effect explores the Canadian AI ecosystem and the extraordinary pace of its technological growth, focusing on the rewards and perils for individuals, businesses, and society. With her co-host, Jodie Wallis of Accenture, Mac interviews guests like Prime Minister Justin Trudeau, Joelle Pineau of the Facebook AI Research Lab, Toronto Mayor John Tory, and many others about the challenges and benefits of AI adoption in Canada. In 2019, The AI Effect won Best Technology Podcast series at the Canadian Podcast Awards, beating out hundreds of other podcasts.

Mac is the author of the national bestseller Power Friending and Outsmarting Your Kids Online. Mac has delivered keynotes at more than 300 events around the world, including an event this spring where she interviewed PM Justin Trudeau and Shopify CEO Toby Lutke about the future of digital.

Mac’s expertise includes business innovation, artificial intelligence, the distraction economy, and what it takes for companies to adapt and grow. In 2018, DMZ named Amber one of 30 inspirational women making a difference in tech. She is a regular business host and expert for Fast Company, Shopify, CNN, Bloomberg TV, CBS, BNN, The Marilyn Denis Show, and SiriusXM Radio and has more than two million social media followers online.

Relentless Adaptation: How Great Organizations
Are Really Innovating to Win

We obsess over innovation. But innovation is overrated. If you look at the smart organizations that are prized for “innovation,” you see that they are actually masters of “adaptation”—of knowing when to adjust, when to speed up, and when to capitalize. It’s not about being first; it’s about being flexible. In this thrilling talk, Amber Mac looks to leading organizations, many of which she covers for Fast Company, to explore the practice of relentless adaptation. Is your organization taking advantage of disruptive new technologies, or simply being disrupted by them? From the C-Suite to marketing to customer service and beyond, a newly adaptive corporate culture, defined by digital technology and bold leadership, is fundamentally changing business. And Amber Mac has had her ear to this fertile new ground for years. Fusing new concepts like crowdsourcing and gamification to a timeless strategic framework, this big picture talk sheds light on how to adapt, and how to win, in our fast-forward economy 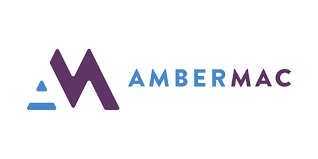