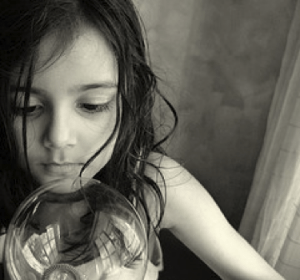 I have started noticing that when I begin consulting with a new client, very early on I get a pretty solid feeling on how the next year is going to go. I haven’ t made it a disciplined study, but I think I’ll open a file on my smart phone and start keeping track of which clients I think are going to be successful, and which ones might struggle. Success being defined as being able to improve their business in a way that’s favorable to them (more revenue, more profit, or however they define it).

I think I’ve figured out which three tangible behaviors I have subconsciously noticed that help me predict success in business:

The ability to influence, persuade, and to effect change comes from relationships, not by how much you know, or your position on the organization chart. To get to and operate at the senior leadership level, you need more than positional or technical authority. You may need to reach for one of them that once in a while, but as Aristotle said:

Anyone can become angry — that is easy. But to be angry with the right person, to the right degree, at the right time, for the right purpose, and in the right way, this is not easy.

Yes, I’m saying that relying on positional authority looks the same as being angry. Taking the time to build relationships is a much more powerful way to get things done.

How to Test For Relationship Skills:

People with strong skills or natural ability in building relationships are also good at maintaining them. If you’re looking to fill a leadership (or teamwork-intensive) position, there are a couple of questions you can ask during the interview: Who is their oldest friend that they still keep in regular contact with? Who would they call to bail them out of jail in the middle of the night?
Who are you that person for?

At RESULTS.com I work with ambitious, open-minded business leaders. That’s actually how we describe our target market customer. Those that don’t get it are easy to spot: they are busy defending the business they used to have. They are busy being “right” and haven’t figured out what they need to do better, or what they need to stop doing. Their competitors are eating their lunch, their market has changed, and they haven’t (or pretend they haven’t) noticed.

Learning-oriented CEOs are always trying new things in a disciplined way, discarding as quickly as possible what doesn’t work, and driving changes in process, people, and tools deep into the business as quickly as possible. They are not risk takers – they are risk averse. The risk they’re fighting is becoming redundant, obsolete, or bankrupt.

Managers are paid for their judgement, but they are not being paid to be infallible. In fact, they are being paid to realize and admit that they have been wrong – especially when their admission opens up an opportunity. – Drucker

How to Test for Open-Mindedness:

What’s the last book you read? Seminar you attended? Skills upgrade course you took? What did you like about it? What didn’t you like about it? Open minded leaders are always learning, and always thinking critically. What are you doing to learn how to be a better business leader?

What’s the biggest mistake you made recently, and what did you learn from it?

This one is easy – accountability is made up of two things:

a. Did they do what they said they were going to do?

In the first week and month of an engagement we ask for lots of data. It’s a “knowledge before action decision” cycle. Yet some businesses and leaders act as their commitment to provide the data or complete the surveys isn’t important.

The second component of accountability is transparency. Modern corporations, or teams of any kind, depend on specialization and individual contributors working together. But if nobody knows the work is done, that work useless to the organization.

The willingness and openness to “show your work” as it progresses helps us avoid the “90% done 90% of the time” problem and spot problems early while we can still do something about it. The last week of a three month project is not the time to find out that it’s going to miss the deadline by three months. Especially if other work, your strategic advantage, or even the survival of the company depends on it.

The signals and signs that a project is off track usually show up early and exist for the majority of the life of the project. Early enough to do something about it. How do projects and priorities get late? One day at a time.

Have the guts to demand people plan milestones into their work and report progress against tangible delivers for that work.

Plans are only good intentions unless they immediately degenerate into hard work. – Drucker

How to Test for Accountability and Execution:

When’s the last time you were late on a deliverable, and what were the consequences? How do you ensure that a project is on track day by day and week by week? How do you know when a project or priority is off track?